Aoife Dowling is the Project Manager, based at University College Cork. Aoife has a BA in History and Greek & Roman Civilisation from UCC, and an MA in Cultural & Creative Industries from King’s College London.

Before joining Ports, Past and Present, Aoife was deputy editor of the video team at Storyful, a social media news agency in Dublin. Her role on the project combines her interests in management and cultural heritage.

Claire Connolly is the Project Lead and Senior Responsible Officer for the project. She is Professor of Modern English at University College Cork, Fellow of the Learned Society of Wales and a Member of the Royal Irish Academy. She teaches and researches Irish literature and is the Co-General Editor of a new six volume series, Irish Literature in Transition (Cambridge University Press, 2020).

For 2018-19 she was Parnell Fellow in Irish Studies at Magdalene College Cambridge and gave the Parnell lecture on the topic of the cultural history of the Irish sea.  From 2015 to 2018 she was Co-Principal Investigator of the interdisciplinary research project Deep Maps: West Cork Coastal Cultures (Irish Research Council New Horizons Award, 2015-2018) with Dr Rob McAllen (School of Biological, Earth and Environmental Sciences, UCC). She is currently writing a book on Irish romanticism for Cambridge University Press.

Peter Merriman is a Principal Investigator and Project Lead for the project and Professor of Human Geography at Aberystwyth University. His broad specialism is in cultural geography and the historical geographies of twentieth century Britain. He has written extensively on the histories, geographies and sociologies of mobility and infrastructure, with a particular focus on the history of driving and roads in Britain. He has also written on theories of space, spatiality and place, nationalism and national identity in Wales, and architectural geographies.

His first book, Driving Spaces: A Cultural-Historical Geography of England’s M1 Motorway (Blackwell, 2007), examined the history of the design, construction, landscaping and use of Britain’s first major motorway in the 1950s and 1960s. His second book, Mobility, Space and Culture (Routledge, 2012), examined the early history of driving in Britain between 1896 and 1910. He is currently completing a text-book on Space, and iseditor or co-editor of five edited volumes. His latest edited books are: Empire and Mobility in the Long Nineteenth Century (co-edited for Manchester University Press, 2020) and Mobility and the Humanities (co-edited, Routledge, 2018). 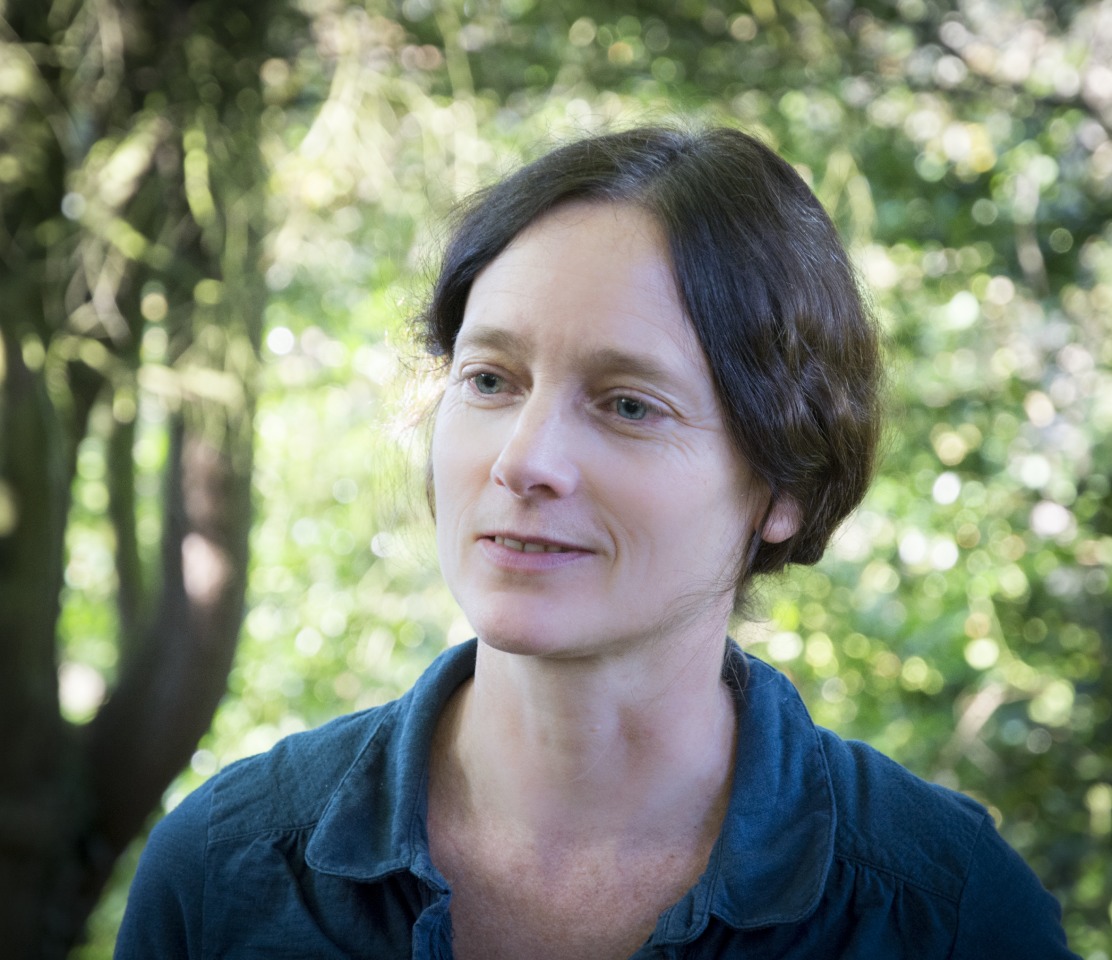 Mary-Ann Constantine is a Principal Investigator and Project Lead for the project and Reader at the University of Wales Centre for Advanced Welsh and Celtic Studies, Aberystwyth. She lives and works in west Wales and studies the literature and history of Romantic-period Wales and Brittany, and has a particular interest in travel writing and in the cultural politics of the 1790s. With Dafydd Johnston she was general editor of the ten-volume series Wales and the French Revolution (2012-2015).

Other publications include The Truth Against the World: Iolo Morganwg and Romantic Forgery (University of Wales Press, 2007) and (jointly edited with Nigel Leask) Enlightenment Travel and British Identities: Thomas Pennant’s Tours in Scotland and Wales (Cambridge, 2017).  An anthology of Breton ballads, Miracles and Murders (jointly edited with Eva Guillorel) was also published in 2017 by Oxford University Press. She has most recently led a four-year AHRC-funded project, Curious Travellers: Thomas Pennant and the Welsh and Scottish Tour 1760-1820, and is writing a book on the Welsh Tour.

George has a deep rooted interest and affiliation with all things coastal which goes back to his childhood, growing up on the Hook Peninsula in south west Wexford. George manages all aspects of the Wexford coastline in his role as Coastal Engineer; ranging from beach management, cultural and heritage projects to coastal engineering works and studies.  He works closely with local groups and various stakeholders to improve coastal communities.

George is responsible for major coastal protection projects, including one currently underway at Rosslare.  He has attained seven blue flags and eight green coast awards for beaches in Wexford.  George also oversees many cultural and heritage projects including the recent completion of two unique coastal gardens.

Cathrine Agnew is a Project Officer for the project based at Wexford County Council. She holds a BA in Arts Humanities (Trinity College Dublin) and a Masters in Film and Telvision (Dublin City University).

Cathrine is committed to the conservation of the cultural and ecological heritage of coastal communities like the one she grew up in. Having spent some time away she understands the vital role they play in the development of opportunities for the community and its individuals. She joins the Ports, Past and Present with extensive experience in the arts, heritage and tourism sector, as well as in community building and project delivery.

Sarah Baylis is a Project Co-Ordinator for the project based at the University of Wales Centre for Advanced Welsh and Celtic Studies, Aberystwyth. She was previously working as a free-lance consultant in heritage interpretation and community engagement. She also has a background in academic research (18th and 19th C British art and architecture), in teaching (Art History, English Literature) and in curatorial work (English Heritage).

She has had experience of writing and producing a wide range of interpretive and creative material on different aspects of history and culture for a diverse range of organisations, charities and community groups throughout the UK. She has led community engagement activities including oral history projects and workshops, arts festivals, reminiscence and life story workshops, exhibitions, and drama performances.

Martin Crampin is an artist, photographer, designer and historian working on the project, based at the University of Wales Centre for Advanced Welsh and Celtic Studies, Aberystwyth. He has primarily worked on aspects of ecclesiastical art and medievalism, and this also forms the primary focus of his artistic practice, which is inspired by the patterns and images found in the medieval decorative arts of Wales.

Martin has worked on a series of research projects at the Centre, including the ‘Visual Culture of Wales’ and ‘Imaging the Bible in Wales’ projects, and he has developed this work into his own study of stained glass in Wales, initially as an online catalogue, and subsequently in his book, Stained Glass from Welsh Churches (2014). More recently he has been contributing to new work on saints in Wales through the ‘The Cult of Saints in Wales’ and ‘Vitae Sanctorum Cambriae’ projects, the latter in collaboration with the University of Cambridge.

Alongside and between these projects he has extensive experience as a designer, contributing to other research projects such as Monastic Wales and the Curious Travellers projects, and designs and publishes books on stained glass and medieval decorative arts. 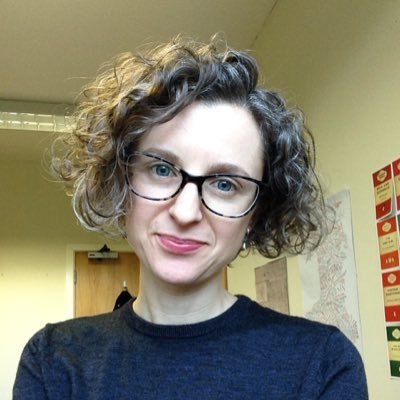 Elizabeth Edwards is a Research Fellow with the project at the University of Wales Centre for Advanced Welsh and Celtic Studies, Aberystwyth, where she works on eighteenth-century and Romantic-period literature and culture. She is particularly interested in Welsh Writing in English, textual editing, archipelagic critical approaches, travel writing and the history of women’s writing.

Her publications include English-Language Poetry from Wales 1789-1806 (University of Wales Press, 2013) and Richard Llwyd: Beaumaris Bay and Other Poems (Trent Editions, 2016). Her current book-length project focuses on Romantic-era women writing about Wales.

Ken Evans is the Project Financial Officer at Aberystwyth University. His role is monitoring costs and ensuring the project remains within budget, proving and processing all finance claims made by the project team and liaising with the Universities` approved travel agency.

Ken is also responsible for compiling and submitting claims and monthly financial reports, and supporting the project coordinator with additional administrative duties. 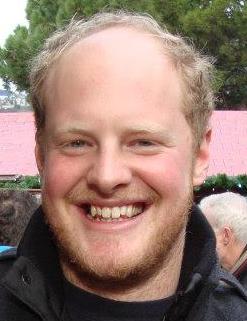 Jonathan Evershed is a Postdoctoral Research Fellow for the project at University College Cork. He is an anthropologist with a research interest in postcolonial politics, culture, heritage and identity in the UK and Ireland. His book, Ghosts of the Somme: Commemoration and Culture War in Northern Ireland (University of Notre Dame Press, 2018) examines the contested politics of commemoration in Northern Ireland during the Decade of Centenaries (2012-2022/23).

Before joining Ports, Past and Present, Jonathan was a Postdoctoral Fellow in the Department of Government and Politics at UCC, where his work as part of the ESRC-funded project, ‘Between Two Unions: The constitutional future of the islands after Brexit’ focused on the implications of Brexit for the island of Ireland and for British-Irish relations.

Maria has an established interest in African American literature and postcolonial studies. Her research interests are in Ecocriticism and Nature Writing particularly the ecocritical turn in Irish women’s poetry. Maria has worked with the European Commission in Brussels and international education.

Victoria Genn is Finance Officer for the project at the University of Wales Centre for Advanced Welsh and Celtic Studies, Aberystwyth. She has worked in multiple roles, financial and otherwise, in both the private and public sector. During her career she has worked in the UK and overseas, but has always been interested by the ocean and how it effects life. To that end, she took time out of her career and completed a BA in Nautical Archaeology and is now undertaking a postgraduate degree in Heritage Practice, concentrating on submerged heritage.

Her academic career centres on the use of digital technology such as cinematic virtual reality, kinaesthetic and tactile haptics, and photogrammetry to record submerged and coastal archaeological and heritage sites, and the use of serious gaming to teach heritage and history. This role on the Ports, Past and Present Project allows her to create a fusion of her old and new roles.

Joanna Hofer-Robinson is an Academic Researcher for the project at University College Cork. She is a lecturer in nineteenth-century literature, and her recent publications include the monograph Dickens and Demolition (Edinburgh UP, 2018), and Sensation Drama, 1860–1880: An Anthology, co-edited with Beth Palmer (Edinburgh UP, 2019).

In 2015–16 she was principal investigator for the “Dickensian Drama” practice-led research project, which staged two rarely-performed plays by Charles Dickens and Wilkie Collins. She is currently researching a new project titled “Docks and Strange Places”.

Rhys Jones is a Senior Academic Researcher for the project at Aberystwyth University. He is a political and cultural geographer specialising in economic development, spatial justice and cultural heritage; EU structural funds and their implications for spatial justice and economic regeneration; academic and policy understandings of culture; theory and practice of evaluating outcomes and impact of interventions.

His work lies at the intersection between political, historical and cultural geography and focuses in particular on the various geographies of the state and its related group identities. I have addressed the geographies of the state in a variety of contexts, ranging from the various organisational, territorial and cultural changes associated with the state-making process in medieval Wales to the more contemporary processes of territorial and functional restructuring affecting the UK state.

Rita Singer is a Project Co-Ordinator for the project at Aberystwyth University. She obtained her PhD from the Institut für Anglistik at Universität Leipzig, specialising in Cultural Studies of Victorian and Edwardian Wales. In her thesis ‘Re-inventing the Gwerin: Anglo-Welsh Identities in Fiction and Non-Fiction, 1847-1914’, she investigated how the writers’ self-positioning in various social spaces intersects with their choice of language, their geographical locations and the impact this has on their representation of Welsh identities in English writing.

More recently, her research has focused on travel writing from continental Europe about Wales since the mid-eighteenth century and the impact of German submarine warfare on Welsh communities during the First World War.

James L. Smith is Postdoctoral Research Fellow for the project at University College Cork. His work is at the intersection of the blue, environmental, spatial and digital humanities. His first monograph is Water in Medieval Intellectual Culture: Case-Studies from Twelfth-Century Monasticism (Brepols, 2018) and his recent postdoctoral work focused on the pilgrim site of Lough Derg in Ireland’s County Donegal.

James is the editor of The Passenger: Medieval Texts and Transits (punctum books, 2017), and co-editor of the Open Library of the Humanities collection New Approaches to Medieval Water Studies (2019). His current book project has the working title of Deep Maps of Lough Derg.