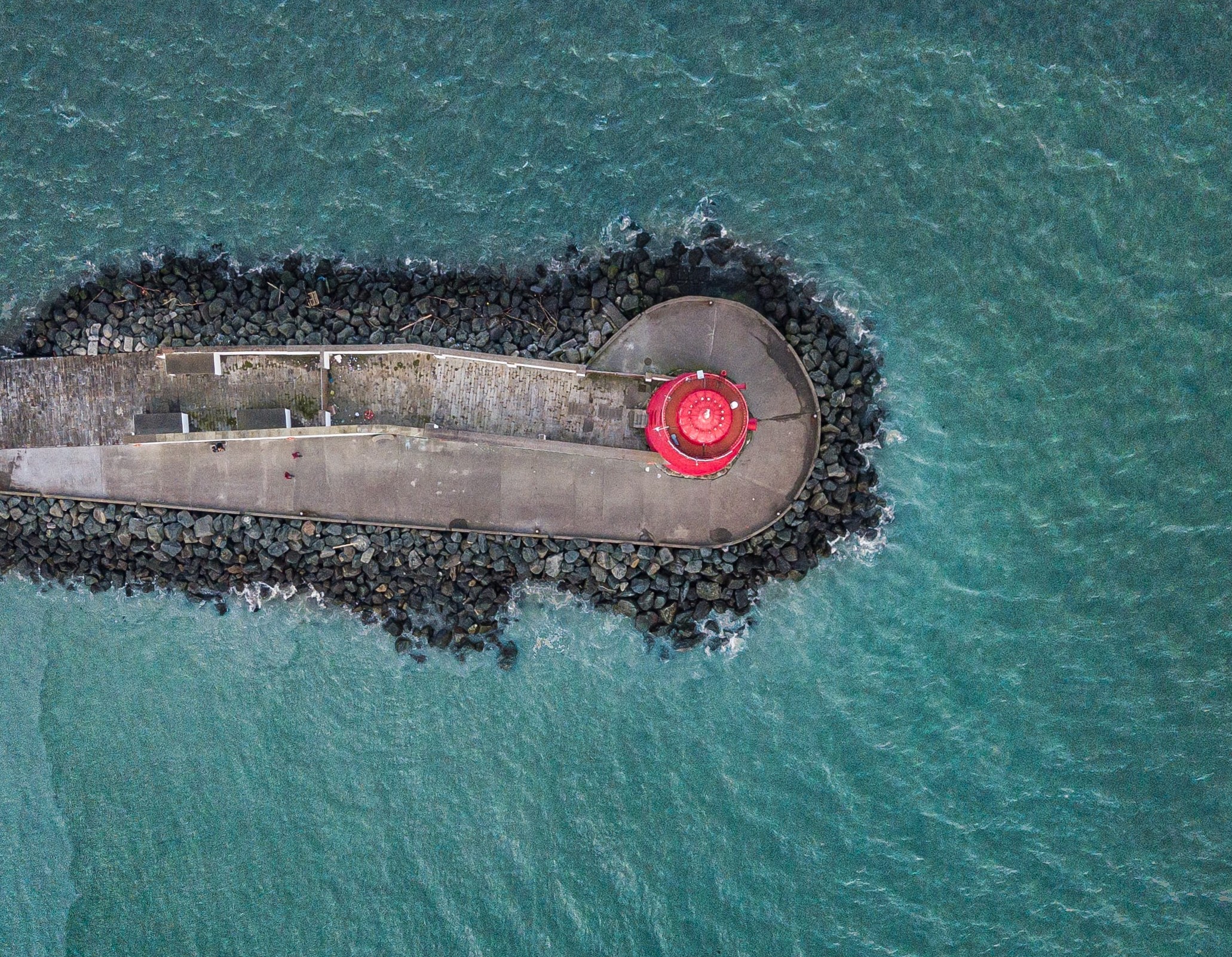 The Irish Sea basin forms a distinct node of histories, economies, and identities. This project considers five very different ports and their communities on either side of the sea: Dublin, Rosslare, Holyhead, Fishguard and Pembroke Dock. Each port is unique in its history, identity, and environs and yet belongs to an Irish sea region with a shared story. Those connections are often occluded or divided by national, regulatory, and narrative boundaries stretching back many centuries. The stories of the region are both created from and supersede these boundaries, spanning the water and stretching far into the wider stories of Wales and the wider United Kingdom, the Republic of Ireland and a dense confluence of European and global connections linked by the mediating membrane of ocean-going trade routes and infrastructures. The coasts tell and have told stories on a dazzling variety of scales, from the local and the individual to the shared stories of communities to sweeping transoceanic arcs and networks.

As we consider these questions and look ahead to a future of political and diplomatic arrangements in the region, the Ports, Past and Present project—led by University College Cork in partnership with Aberystwyth University, the University of Wales Trinity St David and Wexford County Council—is examining the cultural heritage of the ports surrounding the Irish Sea basin. The project, funded by the European Regional Development Fund through the Ireland Wales Cooperation programme, is a cross-border operation that targets and addresses a sea-spanning cultural history. There has been a movement of people between Ireland and Britain for thousands of years, journeys motivated by war, trade, religion, and family, often experienced as a routine part of life on our neighbouring islands.

The project is working to bring narrative life and colour to the ports, enhancing the experience of modern travellers of all ages and interests, and encouraging people to spend more time and money in these towns. It works with tourism stakeholders and local communities to make passing tourists aware of the deep history of these places. Each of the five ports needs support and development to reach its future potential. While Wexford County Council regards the location of Rosslare Europort within the county as a major strength and a key access route into Ireland from Europe and the UK, there is also recognition that Rosslare itself is an area of economic need. Dublin Port is the largest and busiest Irish port in the Irish port sector. Economic development plans for Dublin Port have noted the need for cohesive social infrastructure. Better knowledge of shared cultural heritage can contribute to this aim. Many economic indicators show that there is a considerable objective need to support economic development in Wales as a whole. Political borders have shifted over the centuries, but the legacy of sea travel on the ports in the Irish sea basin is indisputable. The beneficiaries all share an interest in retelling this history in ways that will bring economic and social benefit to visitors and inhabitants alike.

Will Brexit mean a loosening of Ireland’s ties with Britain and the shedding of a long tradition of ocean-mediated interactions? Or does the prospect of a border in the Irish sea along with potential new trade and tariff arrangements bring fresh prominence to Irish and Welsh ports? Ports play a vital role in the economy of Ireland and Wales, providing as they do employment while facilitating trade and creating vital lines of connection between and across borders. Coastal communities around port towns depend on the movement of people and goods and may derive benefits from a fuller awareness of the histories and stories attached to the ports. Many port towns are however sites of economic deprivation, places that visitors pass through rather than stop in. Cultural tourism is an area of economic growth and visitors who learn more about the storied histories of the places through which they pass may well choose to pause in the ports and their environs, deepening their engagement with local cultures.

The period since the 2016 Brexit referendum has been one of profound political, cultural and economic uncertainty for Ireland, the UK, and the relationship between them. Much of this uncertainty has hinged on the question of the Irish border, whose openness has been underpinned by joint British-Irish EU membership. The forms of North-South co-operation and all-island economic integration that the border’s openness has facilitated are both a product and pivotal aspect of the 1998 Good Friday Agreement, which has brought relative peace and stability to Northern Ireland after decades of violent conflict. Brexit has raised real anxieties for those living at or near the border about the potential straining of economic and social ties across it. These anxieties have, broadly, been well documented (even if they have not been sufficiently addressed). Perhaps less well mapped, however, have been the anxieties and experiences of those living in the port communities on either side of the Irish Sea which will also become frontier towns along a recalibrated British-Irish border. Brexit has re-centred and radically re-oriented the role of the ports of five project ports in British and Irish political economy and culture. Denser linkages between  and within communities are more crucial than ever.

For more information on the Ports, Past and Present project, you can subscribe to our newsletter or find us on Twitter, Instagram and Facebook. Future activities to look out for include: the results of twelve bursaries that will allow six writers and six artists to work with community groups on creative projects exploring the history and heritage of the five port towns, a forum promoting a new and inclusive tourism network for the region, a new storytelling project based here in Omeka and Curatescape, documentary films that will help to boost tourism in and around the five ports towns, and a programme of workshops and knowledge exchange events.

You can read an extended version of this article on the Port Towns and Urban Cultures blog.